In July 2021, the second “Rose Study Tour” was successfully held by the School of the Gifted Young (SGY).

On the morning of 25th July, about 90 SGY students embarked on a week-long study tour to Beijing. During the tour, they visited several academic institutes of the Chinese Academy of Sciences, including the Institute of Physics (IOP), the Institute of Software (IOS), the Institute of Computing Technology (ICT), the National Astronomical Observatories CAS (NAOC), and the National Institute of Metrology of China (NIM). They also visited several corporate research labs at Baidu, Microsoft Research Asia, Cambricon, and many others. They also had an exchange with alumni representatives, which was quite beneficial.

On July 26th and 27th, the “Rose Study Tour” attendees listened to in-depth and detailed lectures from professors at IOP, IOS and ICT, and visited several labs in groups. The teachers and students discussed together on how to look at the frontier of scientific research and what kind of mentality they should have on the long road of scientific research, enlightening the students. 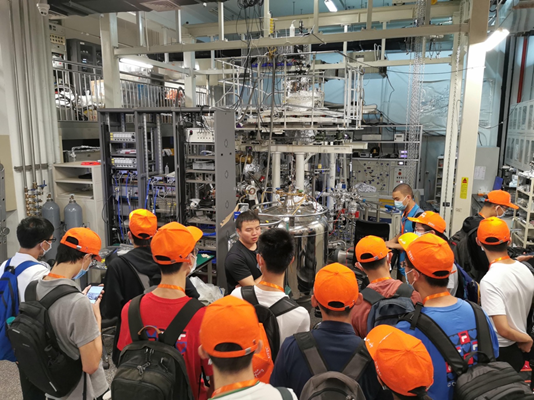 Figure 2 In the exhibition hall of the CAS Institute of Computing Technology, the girls took a photo with the statue of Ms. Peisu Xia, mother of Chinese computers

In the afternoon of July 27th, the tour group visited Baidu, and toured Baidu's self-driving Yizhuang base and Yizhuang data center. The students were amazed by the power of technology as they found that the current driverless cars can recognize vehicles, pedestrians, bicycles, and other objects with high accuracy and wide recognition range. An engineer of Baidu introduced the development history and layout of the data center from the beginning of the company, in which Baidu has been in the forefront of the world in developing ultra-low energy consumption technology, contributing to the protection of the environment. The students got a better feeling for the importance of data and the power of the information age due to this tour, arousing their interests in learning computer and Internet technology. 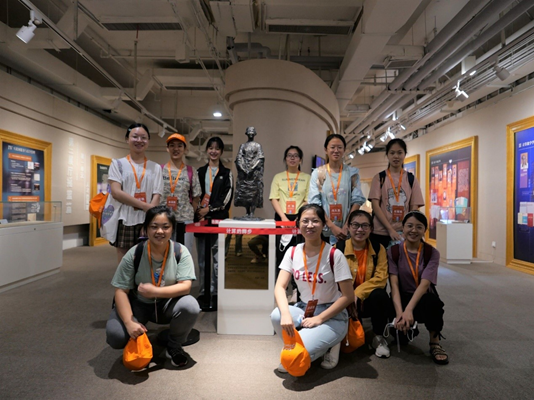 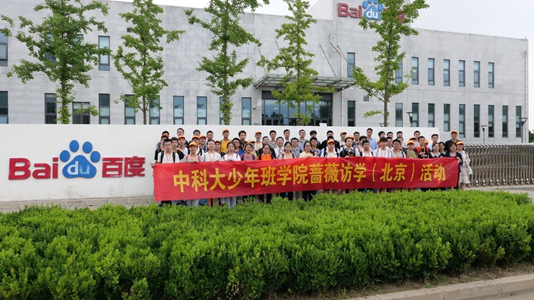 On the evening of July 27th, an alumni seminar was held at the NAOC. Zhifeng Liu (Class of '95 SGY alumni), director and secretary-general of USTC Initiative Foundation (USTCIF), invited Dongkun Xia (Class of '06 alumni), co-founder of Galactic Energy, Xueyin Xu (Class of '04 SGY alumni), co-founder and CTO of Meicai.cn, and Junbei Zhang (Class of '11 SGY), founder and general manager of Guangzhou Haipu Investment to attend the seminar. During the seminar, the students exchanged and discussed warmly with the alumni, whose sharing and advice gave the students great inspiration and more thoughts on their future study life and career planning. 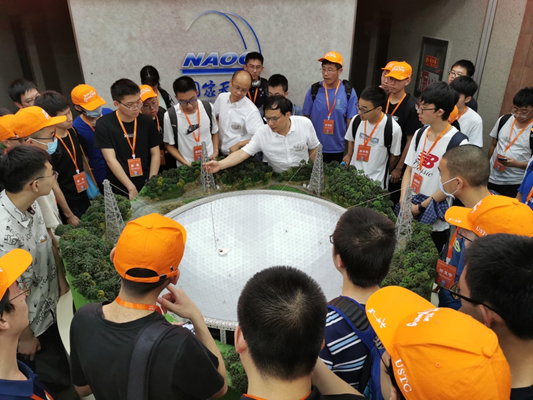 The students listened to the report entitled "Measuring the Future - Measurements Define the World" by the President of the NIM and visited the laboratories in groups. Among them, the instruments in the Boltzmann constant measurement laboratory are completely made in China, from theoretical verification, to design, to final manufacture. These high precision instruments are greatly admired by the students, encouraging them to study well and make their own contribution in the major scientific research fields such as instrument science. After the visit, the students took a group photo under the "Newton's apple tree", which was a gift from the National Institute of Physics of the United Kingdom and was grafted from the original plant. 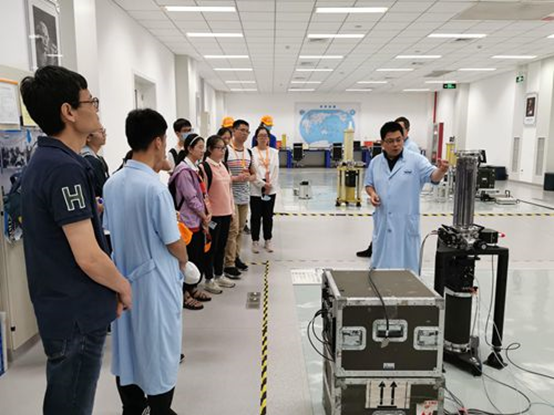 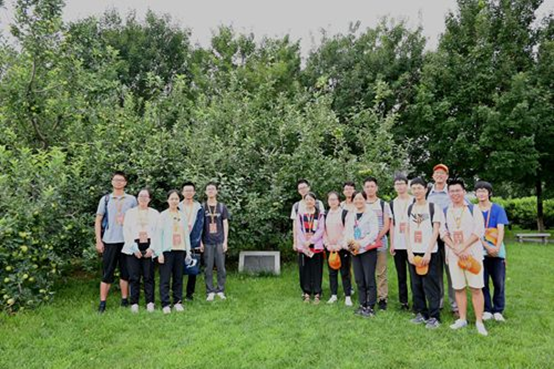 On July 29th, the Rose tour group visited Microsoft Research Asia (MSRA), Cambricon and Topjoy Inc. At MSRA, Ms. Xing Xie ('92 SGY), the Principal Researcher, introduced the forward-looking research work and student training of MSRA, and Mr. Qiang Huo (USTC alumnus), the speech text recognition expert, gave a presentation entitled "From Universal Text Recognition to Document Understanding", which aroused great interest of the students. At Cambricon, a company founded by '01 SGY alumnus Tianshi Chen, Mr. Chen encouraged the students not to get stuck on whether their current academic performance is good or bad, but to find their interests, after which everything is possible. At Topjoy Inc, the students learned a lot about the production engineering and operation and maintenance of games. 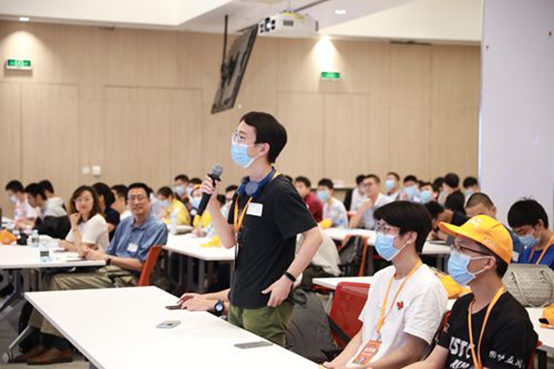 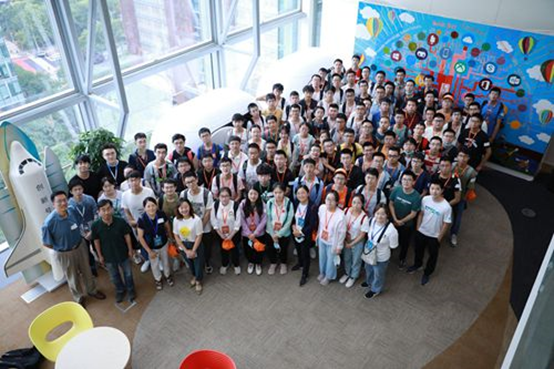 Figure 9 The group picture at MSRA 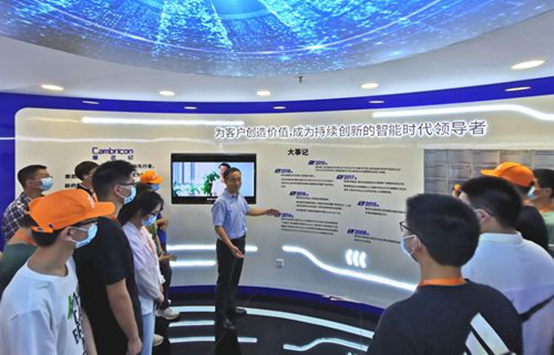 On July 30, the tour group finished all the site visits and had conclusion meeting to exchange and discuss together. The one-week study visit was short, but the students gained profound experience. Science and technology critically affect the future destiny of the country and the well-being of people's lives. Science and technology thrive when young people thrive, and when their interests in science thrive.

ABOUT the “Rose Study Tour” Program

In 2018, Ms. Dongmin Ma (85' SGY), donated 100 million RMB to USTC to establish the "Rose Fund for the Development of USTC", which focuses on the cultivation of talents in the SGY and the academic construction of her alma mater. With the financial support from the Rose Fund and the support from the Education Foundation of USTC and USTCIF, the SGY has planned the "Read a Million Books, Travel a Million Miles" Rose Study Tour Program.

The purpose of the program is to organize students to visit high-tech enterprises and advanced research institutes, to interact with outstanding alumni in various fields, to let them understand the research progress of cutting-edge science and technology, to experience the cultural environment of first-class companies, to further broaden their horizons and enrich their study life, and to enhance the friendship among students and promote their overall development.