On the afternoon of April 7th, “Gifted Youth Forum--Face to Face with Seniors”, which was organized by the School of the Gifted Young(SGY), was successfully held in classroom 308 of SGY building ,with SGY dean Zhengtian Lu in attendance. 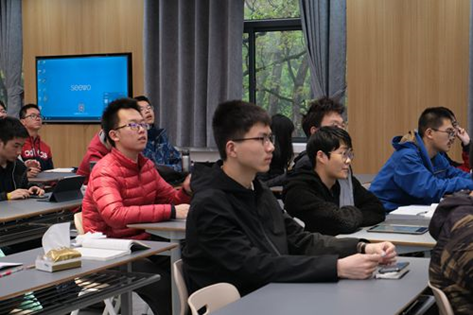 The purpose of this forum is to invite outstanding seniors to communicate with younger students, through self-exhibition and experience sharing,giving younger students the benefit of their perspective to help the younger students in their study and life. Among the audience, there were freshmen, who were adapted to the campus life of USTC in general, but still a bit uncertain about what the future holds; there were also  more senior students, facing the difficult choice of continuing their studies or getting a job after graduation. The eyes of audience showed that how eager they were looking forward to this forum. 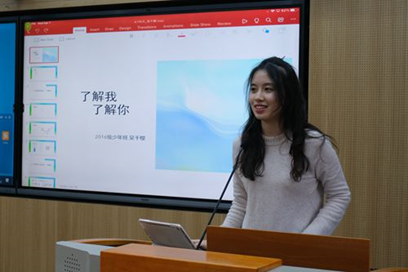 The first one to give a report was Qianying Wu . Qianying Wu was admitted to SGY in 2016, majoring in Biological Science. During her time in USTC, she won the Guo MoRuo Scholarship (USTC’s highest student honor) and Tang Zhongying Moral Education Scholarship. After graduation in 2020, she was admitted to the California Institute of Technology to study for a doctor degree in Neuroscience. The subject of her report was"Understand Me, Understand You". Combined with her professional knowledge, she talked about the experience of  planning for applying for overseas study, her four-years of university study, metacognition, and other topics, inspiring students to take their own future plans into account. Later, she patiently answered the questions of many students, giving everyone a big benefit. 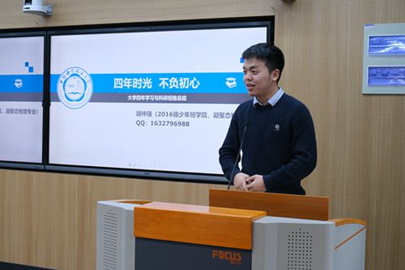 Next was a report from Zhongqiang Hu . Zhongqiang Hu was admitted to SGY in 2016 and is currently studying in the department of Electronic Engineering and Computer Science at the Massachusetts Institute of Technology. He received a Bachelor’s of Science in Applied Physics in 2020 with the top score in the profession, as well getting a dual degree in Computer Science. During his time in USTC, he won Guo Yonghuai Scholarship, Guo Moruo Scholarship, Tang Lixin Scholarship, National Scholarship, and published two papers in top journals in the field as the co-first author. 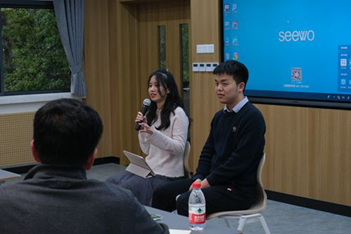 After introducing his experiences in USTC, ZhongQiang analyzed the preparations before applying to graduate school, including the precautions to observe, and how to emphasize each student’s good points and avoid shortcomings. In addition, He also talked about his rich and colorful extracurricular life. Not only did he get good grades, but he also played on football teams, participated in volunteer activities, and did voluntary teaching after school. While these activities entertained his body and mind, these also built up stamina and raised his spirit. How enviable! 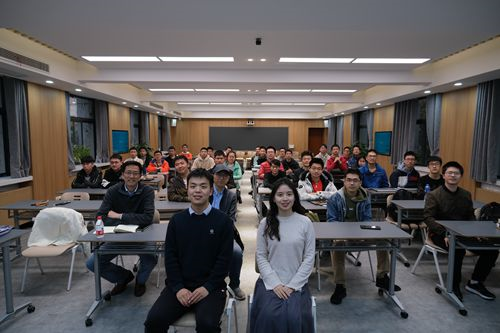 Later, in the Q&A session, students were enthusiastic about asking questions. Zhongqiang Hu and Qianying Wu answered them one by one,which gave all of the students the benefit of Mr. Hu and Ms. Wu’s experience and kindness. Finally, a group photo was taken to commemorate the successful forum.